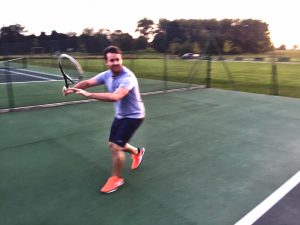 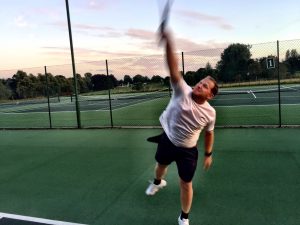 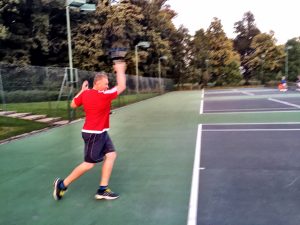 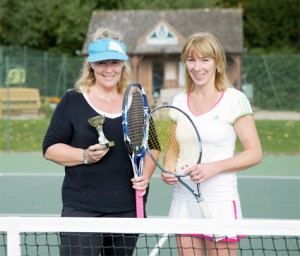 The leagues run for two months, and participants should play two matches a month for two months.  The next league will start in April.

The divisions for the February to March league have been allocated as follows:

Results should be recorded in the booking folder in the club house.

Matches are two sets, 7 point tie-break applies at 6:6; and at 1 set all, play a championship tie break: first to 10 points with 2 clear points.

At the end of the season 2 people will be promoted and 2 will be relegated from each division: where possible; then the league will restart.

League placings are allocated with the following criteria in this order: 1) matches won, 2) matches played, 3) head-to-head result, 4) games won/ lost – where a championship tiebreak counts as one game.  Anyone retiring has their matches won considered; however, results against an injured person for the rest of the league are not counted.

Players may also wish to play in the Cirencester Local Tennis Leagues.  This is independent to Cirencester Tennis Club; however, well worth considering for keen singles players.

Keen to play some singles? Want to test yourself against others? The Cirencester Tennis League offers friendly, competitive tennis for men and women of all standards. Players are graded into groups and arrange their own matches at a mutually convenient time over 8 weeks. Any court that suits both players can be used. For more details, see the short video, featuring Greg Rusedski here https://vimeo.com/156566406
Entry £18 at www.localtennisleagues.com/cirencester.